Diagnosed with Crohn’s Disease at age fourteen, Neil Murphy has had years to come to terms with this condition. However, he refuses to allow it to define him. No matter what challenges Crohn’s Disease throws his way, he lives life on his own terms.

Dramatic weight loss and numbing fatigue were what first prompted Neil to see his GP. He was asked all the right questions – was he dieting, under stress, etc, but when there was no obvious cause for the change in his health, he was referred to a consultant in Crumlin Hospital. Initially, it was believed that he was suffering from Coeliac Disease and he followed a gluten free diet for six to eight months. But his symptoms did not improve. He was sleeping twelve to thirteen hours a day. He was weak and anaemic and missed lots of schooling. In his Junior Cert year in 2007, he was eventually diagnosed with Crohn's Disease. He was treated which kept his symptoms in check for two to three years.

Then in 2010, as he was preparing to sit his Leaving Cert, his symptoms flared again. By the time the exams were completed, he remembers ‘being like a skeleton’. By the end of the year, he was undergoing surgery in Beaumont Hospital. He recalls, “My bowel and my bladder were essentially attacking each other, and I had a fistula, or channel, develop between the two. It was a ten/eleven-hour surgery. I was in hospital for three weeks with a temporary bag or stoma fitted. But this was reversed after six months and everything settled down nicely”.

Neil went on to attend college for a year and then started work with Dublin Bus as an apprentice mechanic. But only two years later, his former bowel and bladder issue recurred, and he needed a second surgery. This resulted in him living with a stoma for five years. He says, "I got to the point where I just wanted to live my life like a normal 27-year-old so I asked if it might be possible to reverse the stoma". It was getting in the way of his social life, making it difficult to manage the physical requirements of his job and he had developed a massive hernia underneath the bag.

He recalls, "I had the operation in November 2017 and was never as sick in all my life. I went from being 95 kilos to 63 kilos in six months - the weight just dropped off me. I was then due to go back in to get the hernia repaired. It was causing me a fair degree of pain, but I decided to go on a boat cruise on the Shannon with work colleagues the weekend before the scheduled operation. I was driving the boat when the pain I'd been experiencing just disappeared. It turned out that what I believed to have been a hernia was an abscess which had just burst. Fluid was pouring out of me through the stoma scar in my stomach and we were in the middle of the Shannon". While his colleagues panicked in the situation, Neil remained calm and radioed ahead to the ambulance service.

The medical team in Beaumont was waiting for him and he spent several weeks in hospital on medication and being feed through a central line to allow his body time to recover. Six months later, when a further abscess began to form, it was decided that the only course of action was another surgery to fit a permanent stoma.

He says, "I grew up with Crohn's Disease and have had to continually adapt. Having a bag is not a big deal for me. It's manageable and allows me to live a life so I just get on with it. On the plus side, I don't need to always know where the bathroom is all the time and a major thing that helps me is to make jokes and find the humour in my situation. Without the incredible help and support of the IBD nurses in Beaumont Hospital, Mary and Caroline, and Consultant Gastroenterologist, Dr.O’Toole, I’d be in an awful state. But I'm alive, I've a job that I love and my partner, Sarah, and I have just bought a new house and a new puppy. "We've named him 'bagsie' ... for a laugh!"

Neil is supporting the Let's Get to the Bottom of it Fund which is seeking to secure a research fellow to study the effects of  Inflammatory Bowel Disease (IBD) at Beaumont Hospital at approx. €80K pa. This dedicated physician will provide exclusive, on-going patient care supports - a service at is not currently available in Ireland - and will radically change the isolation and untreated side effects for people with Crohn's Disease and Ulcerative Colitis. The new appointment will commence in July 2021.

Please support the fund by making a donation. 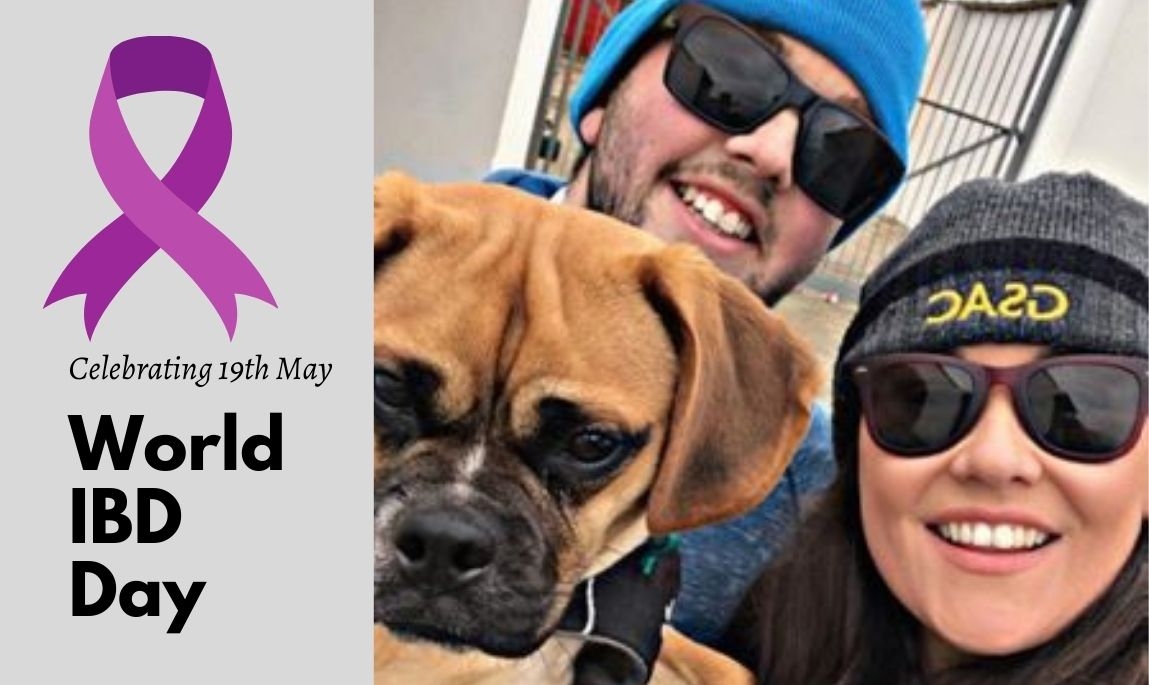