Craughwell Fundraiser raises a further €24,475 for the Chris Crossing Appeal

The Chris Crossing Appeal, in memory of Chris Byrne who passed away as a result of a brain tumour in March 2016, continues to generate funds for the Neurosurgical Dept at Beaumont Hospital.

The Chris Crossing was a phenomenal challenge undertaken by a team of Gardai joined by Chris's brother Eugene, in a 14 hour row from Holyhead to Dublin on June 4th, 2016. Chris's wife, Caroline, is a member of An Garda Siochana and her colleagues wanted to do something to show their support for her and Chris. They conceived the plan to row across the Irish Sea in November 2015 and Chris was involved in the process right up until he passed away in March.

The Chris Crossing Team set themselves a target of raising €50,000 for the Neurosugical Fund and smashed that by generating an incredible €85K.

And amazingly the fundraising continues with an incredible donation from an event which took place on the October Bank Holiday weekend in Cheevers Pub in Craughwell, Co Galway.  A fun day organised by John Cheevers and committee which included a pig roast and family fun day with auction and raffle raised a further €24,475 to bring the total income for the Chris Crossing to almost €110,000.

Enormous thanks to John Cheevers and the committee involved in organising the day and our thanks to all those living locally who supported the event and the National Neurosurgical Centre at Beaumont Hospital.

With thanks to John O'Connor, Craughwell for the photo 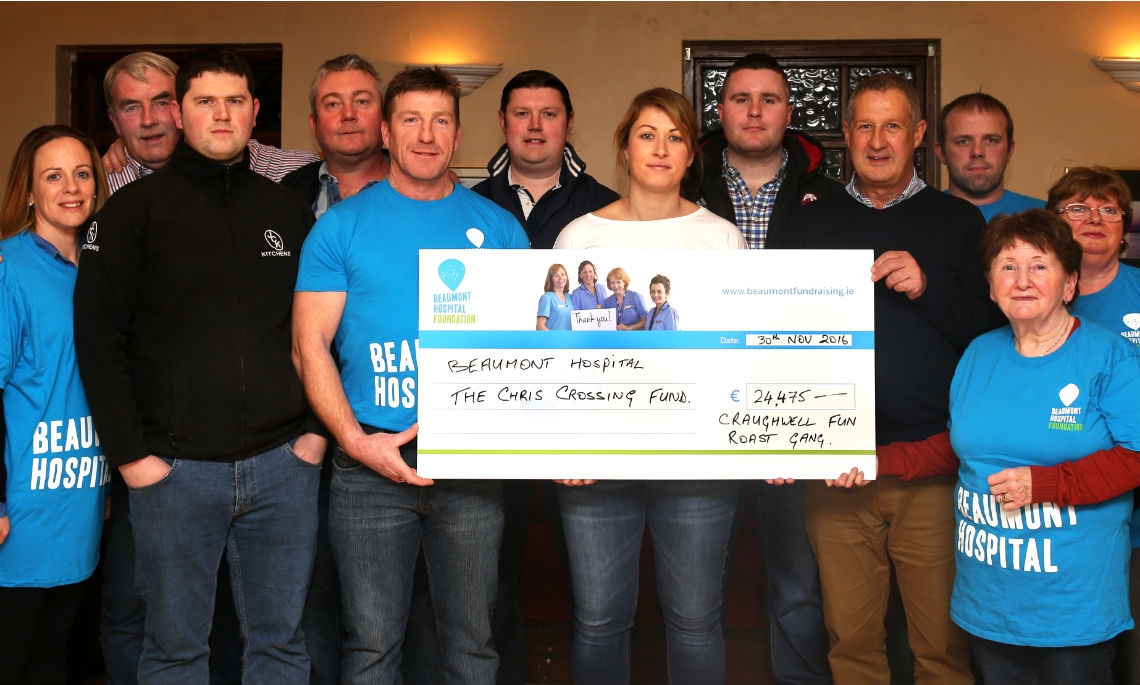