In June 2016, fifteen year old, Mary ni Gallachoir, from Gweedore in Donegal, enlisted the support of her family, friends and community in a 24 hour traditional music session - An Seisún Mór - and in a 5km walk/run.


Mary was raising funds for both Temple St Children's Hospital and St Raphael's Children's Ward in Beaumont Hospital where she had spent time recovering from spinal surgeries.

She says, "In 2015, I had two discectomies in 10 months which is quite rare for somebody my age! I spent a month in UCLH, London before getting transferred by air ambulance back to Dublin and spent 3 months in hospital having physio and rehab. In December that year, I finally got home walking with a walking frame and using a wheelchair. Since then I have spent a further month in another hospital receiving intensive physio and am delighted to be back walking again after 8 months of using a wheelchair and walking aids !! The only aid I now use is a splint in my foot and sometimes crutches for a bit of support".

Musicians from far and wide got involved in the marathon session and their wonderful efforts help raise her donation of €2,233.45 to St Raphael's Ward.

Enormous thanks to Mary and her family, friends and community and wish her continued success with her recovery. 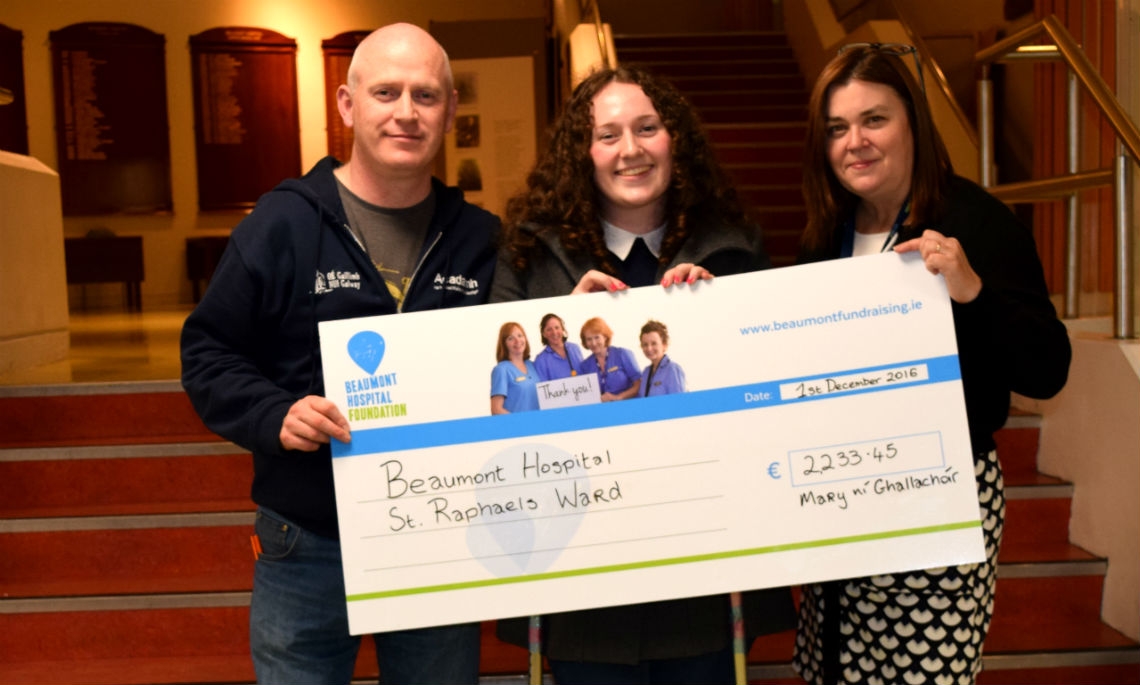